A Trail of Stories By Ann Haywood Leal 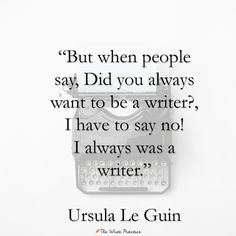 The woman was at the very end of the trail, trimming the tangled ivy from the fence behind her house.  She was blocking the path, but as soon as she struck up a conversation, I was happy I had stopped.  Only weeks into her retirement, she was struggling to figure out what to do with her time.   She loved books and stories, and told me about two of her favorite authors who had lived just up the trail, just steps from her house.  Some of the stories she had weren't on her bookshelves.  They were waiting around inside her head, but had never made themselves out onto paper.  I wish I'd had the wisdom of Ursula Le Guin at my fingertips as a stood next to a tangle of clipped ivy. 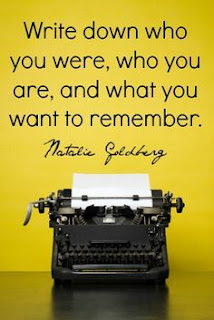 At the risk of sounding like a Nike ad, I told her to "just do it".  Just a paragraph.  Don't worry about what your words look like, or even if you can't read your own handwriting.  Get the words onto the paper.  Natalie Goldberg says, "Write down who you were, who you are, and what you want to remember."  I agree wholeheartedly with Ms. Goldberg, because if you write down who you were and who you are, you have just created a character's journey of growing and changing in a story.

I am going to keep jogging on that path until I see the ivy trimmer again.  Because I want her to tell me she's done it.  She's written some words.  She's a writer. 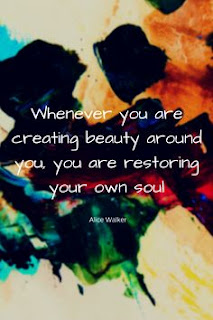 Sending you love, out of the blue, with admiration and affection,
Doe

Thank you, Doe! I miss you!