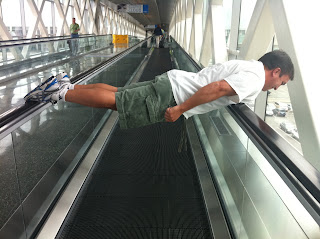 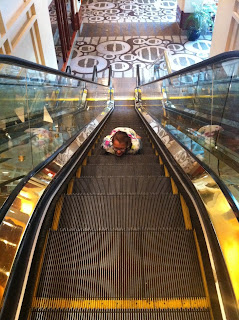 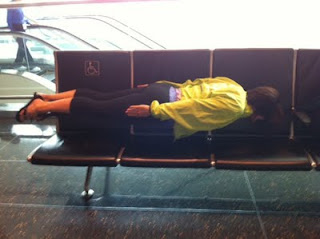 Face it, spend a little sleep-deprived time in the airport and the world is your oyster. It's lunch time on day two and I think I'll go a little crazy and live a little. I'm going to have one of those eight pound Toblerone bars from the Duty-Free. It might cost me a couple hundred, but it'll be worth it.
Posted by Annie at 11:36 AM

Great pix! Even if the wait was hellish.